Next week we will celebrate Carnival in Sant Josep school!

But the week before Carnival, we have some rules we have to follow at the school:

Are you ready for the crazy week??? 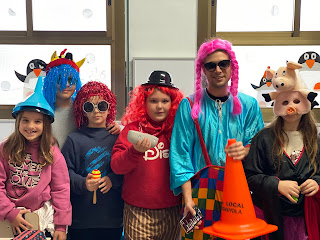 The musical has started being practised by the class of 6th! We are so happy to start acting and we want to show you a short piece of our theatre play! Are you ready?

The students of 6th have done a casting about the musical of the High School Musical. Everyone did the casting in order to do the main characters of the movie: Troy, Gabriella, Sharpey, Ryan, Taylor and Charlie.
We’ve chosen a character that we want to be. The teachers of English: Glenda, Angels and Alexandra who chose the character of the students.
Maybe some students don’t have the character that they want but anyway everybody has a paper of the story.

Three weeks ago we started making English games. Each one has a partner and with him or her we have to do two games, each game lasts 10 minutes and we have to explain it in english. We can either using common games or creating a new ones. they cannot be played without learning because the idea is to learn and to have fun.


All the games we have been so nice, there are still many couples to make the games and we are sure that we will have a good time.

We did a project which name is “9 mesos i 9 causes” and this week we have done murals in groups about the plastic sea. The activity was so cool and the murals were so nice.
We use the mural to claim about the plastic that nowadays we find out in the sea. It’s something that is increasing and it’s a way to talk about that and acknowledge the situation.
Human Being is having a bad use of this material and because of that some of them stay in the sea. It becomes a threat for the animals and some of them even die. 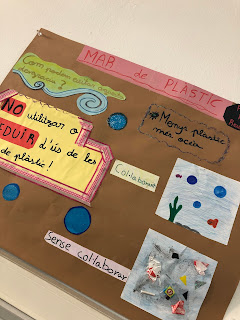 This week we have done a veryinteresting activity that we want to share with you! We created a black and white comic filling with a conversation between two police officers! Later, the coloured the pictures of the comic and we shared them with our classmates! They were very different and funny! 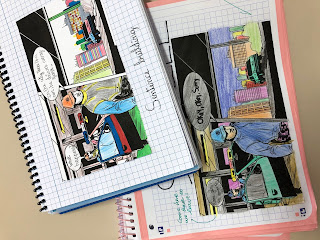 This month in Sant Josep school we have started a new and important project: "9 months, 9 causes".
During the year, students will work on 9 different topic projects related to environment, human rights and animals. This week of October, the topic is "Plastic sea". Since the 14th of October, plastics and iron paper will not be allowded in the school! So that shows the importance of recycling and not polluting! 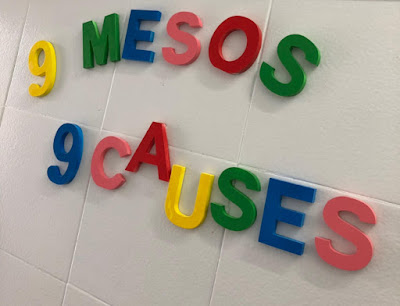 A passport to Europe!

This week 6th level did  an activity about creating a passport. It was in the session of CLIL of our project called “A passport to Europe!  The activity consists on doing challenges in different countries. When we do it, we will get a stamp. The first challenge was a Kahoot competition!  We will see what will be the first country. 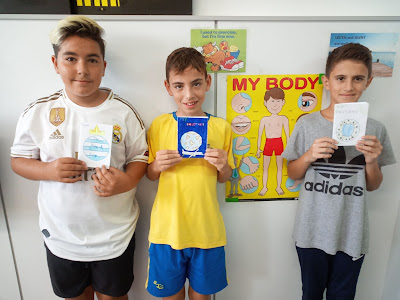 This week in 6th class we have decided the musical that we will represent at the end of this year!
All the money saved from the theatre will be used for the English camp!
The first selected musicals were:
- High School musical
- The lion king
- Aladdin
- Teen beach movie
- Mary Poppins
- Mamma Mia

And we chose "High school musical". 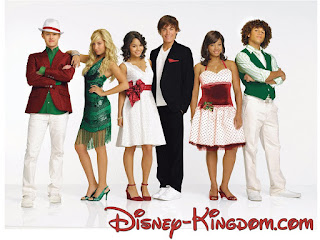 This week we had an important visit in our school!
Some teachers and Road Safety trainers from other counties have came to meet with our English teachers and to see our school! They came form Greece, Ireland, Poland and Austria!
The project is names Erasmus+ (Kross):Knigths  for Road Safety (Vial Education) and the objective is to work and prevent traffic accidents. 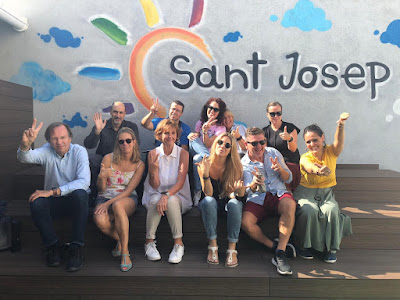 WHAT TIME IS IT?